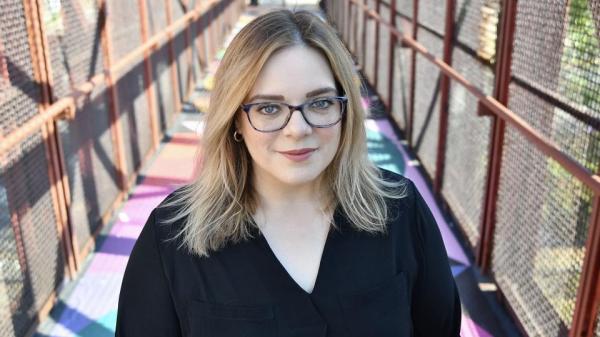 Bio: Sarah Riccardi-Swartz (PhD, New York University) is a sociocultural anthropologist who works on American religion and politics. As a postdoctoral fellow in the Recovering Truth project, she interested in how media and theology are complicit in the expansion and or demise of democracy. In 2018-2019, Riccardi-Swartz was a Louisville Institute Fellow in the study of North American Christianity, and in 2019-2020 she held both the Charlotte W. Newcombe Fellowship and the National Endowment for the Humanities-Orthodox Christian Studies Dissertation Fellowship (Fordham University). A trained documentary filmmaker, she is committed to interdisciplinary research and methodologies that are collaborative and public facing.

Project: Riccardi-Swartz is writing a book that builds on her doctoral research to highlight how converts to the Russian Orthodox Church in the United States are enmeshed in expanding global ideological networks of nationalistic theological conservatism found in mass and digital media worlds. Her book will engage not only with former fieldwork with converts, but also with the history of both the Russian Orthodox Church outside of Russia, especially during the Cold War, and conservative Christian movements in the United States. This project draws out how ideological media worlds in various formations are complicit in inverting transnational conceptions of Russia and the United States in this New Cold War period, casting doubt over the credibility of American media in the minds of believers who see Russian conservative media outlets as purveyors of truth and morality.