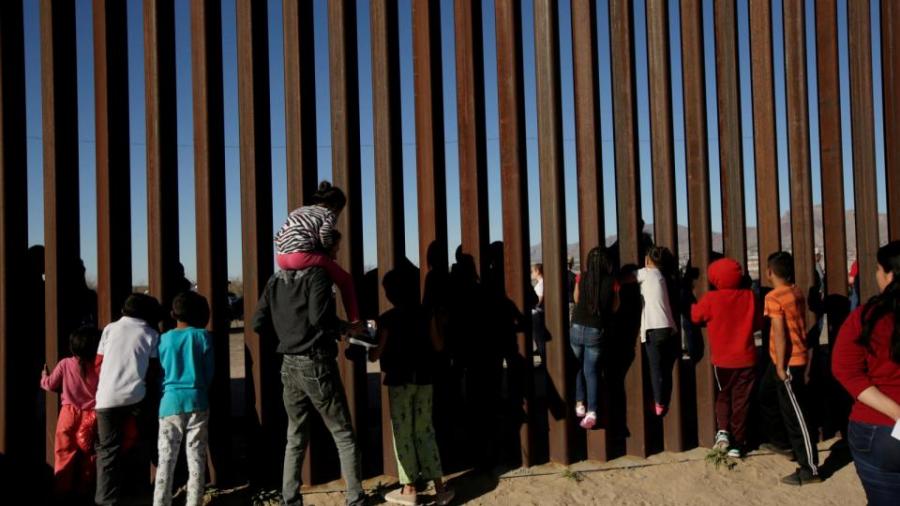 “The entire border is a carpet of human remains.” This is what Cesar Ortigoza recently told journalist Aura Bogado in a moving piece on a small group volunteers who search the U.S.-Mexico borderlands for lost or dead migrants. Ortigoza is a founder of the group, named Los Armadillos, and he and the estimated 15 volunteers receive dozens of requests every week for help finding friends and relatives who went missing while they were crossing. In the five years that Los Armadillos have been searching, they have found nearly 40 people lost in the desert borderlands—and the remains of 50 more.

How did the U.S.-Mexico border become such a lethal place? Jason de León, a researcher who used forensic anthropology and archeology to tell the stories of migrants who traveled through the Sonoran Desert in Arizona, attempted to answer this question in his award-winning book, The Land of Open Graves. His conclusion: The U.S.’s “Prevention through Deterrence” immigration strategy, which, in the 1990s, began closing off many of the safer ways to cross the border, pushing migrants to the more dangerous desert routes. The policy, he writes, is effectively “a killing machine that simultaneously uses the Sonoran Desert and hides behind the viciousness of the Sonoran Desert.”

The U.S. stance may hide behind sanitizing euphemisms like “prevention” and “deterrence” and “security.” But make no mistake. It is a strategy designed to kill.

More recently, these borderlands have been in the news for other reasons: Donald Trump’s relentless claims that there is a “crisis” at the border that justifies his demands for the construction of a “big, beautiful wall.” (And that justifies threats to declare national emergency or shut down the government again if he doesn’t get his way). It’s true there is a crisis. It’s just not the one he’s manufactured. The real one is the one is the one described by individuals like Ortigoza, Bogado, and De León: that more than 7,000 people that have died trying to cross into the United States since late 1990s—an estimate that doesn’t include the many uncounted that have simply “disappeared” in the sprawling, harsh Sonoran Desert.

In the current political climate, it may be tempting to see Trump and his party’s demand for a border wall—with all of the white supremacist and nativist overtones—as a partisan issue. But I’d argue that it is a symptom of a broader, bipartisan approach to migration that has been created and sustained by both Republicans and Democrats over the decades. And that it will take confronting this cross-party program of lethal cruelty at the border to address this very real humanitarian crisis.

It’s true that Democrats and Republicans have differed slightly in discourse and presentation of their policies. But both have created a shared national security logic that has led to mass deportations, increased border militarization, increased and largely unchecked powers for Border Patrol and Immigration and Customs Enforcement (better known by the acronym ICE), and the use of concentration camps for migrant children separated from their parents. I remember Barack Obama not as the winner of a Nobel Peace Prize, but as the Deporter-in-Chief for his record-setting number of expulsions.

One can trace this consensus at least back to the administration of President Bill Clinton.  In his 1995 State of the Union address, Clinton played up that his administration had “moved aggressively to secure our borders,” with measures including hiring a record number of border guards and cracking down illegal hiring and benefits extended to aliens. (Sound familiar?) What’s more, during his tenure, the popular Democrat approved policies that militarized the southern border by constructing border fences near cities—a strategy that, in effect, forced migrants to use more dangerous routes through the Sonoran Desert. He also championed legislation that criminalized undocumented migrants and broadly expanded the definition of “deportable alien.” The deportation machine wielded by Trump has its roots in this 1996 law.

Though the Clinton era brought what became the most lethal changes to U.S. migration policy, the origins of other deadly border measures and their “security” rationale can be traced back even further. For Republican President Richard Nixon in the late 1960s, drug trafficking justified the building of walls in transborder cities like El Paso, Texas and increased border surveillance.

Nixon, though, was far from the first to erect walls. During the late 1940s, Democrat Harry Truman ordered the building of a border fence in California.  In one of those historical moments that reveal unintended connections, the materials used to build the fence came from the concentration camps that imprisoned more than 100,000 Japanese and Japanese-Americans during World War II.  In the 1990s, another southern Democrat president would follow a similar script, using helicopter landing pads recycled from the Vietnam War to build fencing along the California-Mexico border. Thus the U.S.-Mexico-border, created as a result of American imperial aggression in the mid-19th century, is now guarded with additional artifacts of empire. Perhaps the “smart wall” that Democrats included in their recent compromise with congressional Republicans will use the same lethal aerial drone technology the U.S. has been using in the so-called War on Terror?

The parties may continue heated debates over whether to fund Trump’s wall, a “smart” wall, or no new wall. But none of these outcomes will address the real crisis at the border we see today: the deaths of more poor people attempting to cross the border. For now, it seems, the shameful bipartisan consensus that created the “carpet of human remains” will endure, and will continue to take its toll.

Alexander Aviña is a professor of history at Arizona State University.