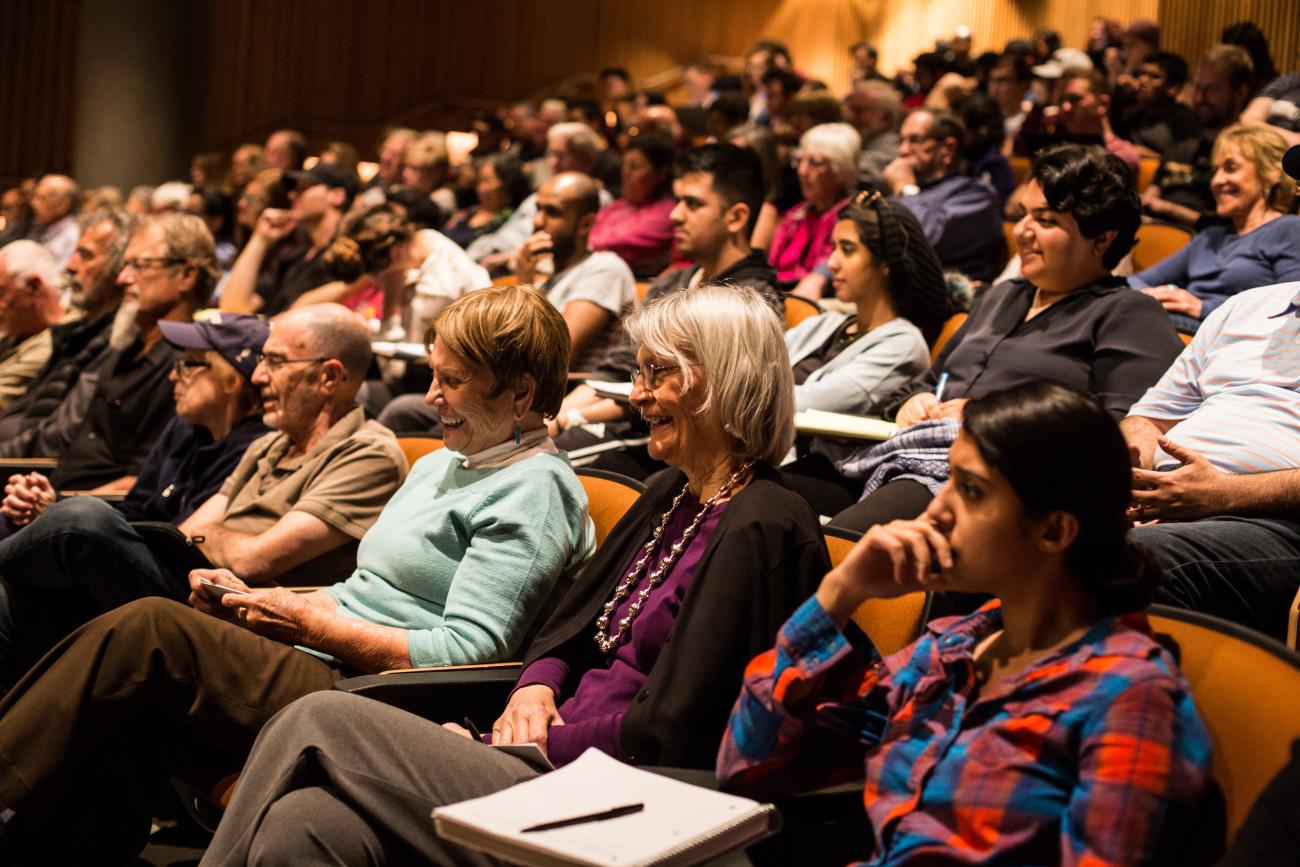 A Crisis in American Christianity? How Scholar-Practitioners Can Engage the Current Moment

These are just a few times when social and political conditions became so toxic that it seemed immoral for religious and scholarly leaders to adopt the position of disengagement or neutrality. David Gushee, one of the premier Christian ethicists in the world, reviews the story of religious resistance to the Nazi co-optation of the German church and engages the current moment in the United States to ask what role Christians, scholars of religion, and citizens should play in times such as this.

Rev. David P. Gushee (PhD, Union Theological Seminary, New York) is Distinguished University Professor of Christian Ethics and Director of the Center for Theology and Public Life at Mercer University in Georgia. One of the premier Christian ethicists in the world, he is the author or editor of twenty-four books, including Righteous Gentiles of the Holocaust, Changing Our Mind, Still Christian, and his latest, Moral Leadership for a Divided Age: Fourteen People Who Dared to Change Our World. Gushee has served as the President of the American Academy of Religion, and as the President of the Society of Christian Ethics.

Pentecostalism—the most rapidly growing religious movement in the world—has taken firm hold in Nigeria since 1999, and its churches and pastors play a significant role in reshaping and dictating the political framework and message in Nigeria.

With the 2019 Presidential elections in Nigeria looming, Professor Butler's talk will take a look at the religious and political landscape of Pentecostals in Nigeria, its movers and shakers, and how Pentecostals are involved in shaping political, social, and moral messages in Nigeria, all while amassing great wealth. Pentecostals will play a role in electing a president in Nigeria, and it is important to understand how religion and politics have come together in this West African Nation, and what the future may hold.

Anthea Butler is professor of religious and Africana studies at the University of Pennsylvania. A historian of American and African American religion, Professor Butler’s research and writing engages questions of religion and politics, gender, sexuality, media, and popular culture. She is the author of Women in the Church of God in Christ: Making A Sanctified World and is currently completing a book project on religion, race, politics and evangelicals. Butler is currently a fellow with the Luce/ACLS Program in Religion, Journalism and International Affairs Religion and International Affairs, with a focus on politics and the prosperity gospel in Nigeria. She regularly writes opinion pieces covering contemporary politics, religion, and race for The Guardian, Washington Post, and The New York Times, as well as offers media commentary on the BBC, MSNC, CNN, and ABC.

In Search of Our Better Angels: A Story of American Civil Religion

Why is our country so polarized? Some say it is the result of a long-running battle between those who believe that the United States was founded as a secular democracy and those who believe it was established as a Christian nation. In his talk, Gorski will take up this question, arguing that our founding tradition was a synthesis of both sacred and secular sources. By reflecting on the history of this civil religious tradition from Puritan times through to the present day, he proposes an approach that he thinks might help heal our political divisions.

Philip S. Gorski (PhD, University of California, Berkeley) is a comparative-historical sociologist at Yale University whose work focuses on topics such as nationalism, revolution, state-formation, and economic development, with particular attention to the interaction of religion, politics, and the forces of secularization

Gorski’s work, which includes six books and numerous articles, has been reviewed in The American Conservative, The Atlantic, The New York Timesand The Wall Street Journal. His writings, such as “Religion, Nationalism and Violence” and “Barack Obama and American Exceptionalisms,” have appeared in leading academic journals and edited volumes, and he recently appeared on the Charlie Rose Show to discuss his 2017 book, American Covenant: A History of Civil Religion from the Puritans to the Present.

"American Covenant: A History of Civil Religion from the Puritans to the Present," makes the case that the United States was founded on the vision of a "prophetic republic" that integrated both the ethical vision of the Hebrew prophets and the Western political heritage of civic republicanism. Gorski goes on to show how the founders’ original vision for America is threatened by an internecine struggle between two rival traditions: religious nationalism and radical secularism. Gorski's book, noted to be "essential reading for this moment" by the New York Times, offers an unsparing critique of both traditions, demonstrating how half a century of culture war has drowned out the quieter voices of the vital center.

Gorski is Co-Director (with Julia Adams) of Yale’s Center for Comparative Research (CCR), and co-runs the Religion and Politics Colloquium at the Yale MacMillan Center