This interdisciplinary initiative hosts renowned Visiting Scholars to spend one- to two-week in periods of residence at the CoLab (collaborative laboratory). While in residence, scholars offer a seminar and a public lecture, and they serve as consultants to the project, exploring synergies and alternative innovative approaches to the project’s areas of research. 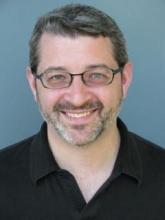 Andrew Jewett is currently the Martha Daniel Newell Visiting Scholar at Georgia College. During 2021-2022, he will serve as the Elizabeth D. Rockwell Distinguished Visiting Professor of Ethics and Leadership at the University of Houston’s Hobby School of Public Affairs. A historian by training, he is particularly interested in the politics of knowledge and engagements between religion and science (including the social sciences). His writings examine how political ideologies have intersected with knowledge claims and ethical commitments, especially in the modern United States.

In Science, Democracy, and the American University: From the Civil War to the Cold War (Cambridge UP, 2012), Professor Jewett explored the cultural and political hopes that many American scholars invested in science from the 1860s to the 1950s. His latest book, Science Under Fire: Challenges to Scientific Authority in Modern America (Harvard UP, 2020), reveals a persistent current of criticism which maintains that scientists have injected faulty social philosophies into the nation’s bloodstream under the cover of neutrality. Professor Jewett shows that this suspicion of science has been a major force in American politics and culture by tracking its development, varied expressions, and potent consequences since the 1920s. He is currently beginning a multifaceted program of research that will shed new light on the interactions of scientific authority with racialization dynamics by exploring the mobilization of science for antiracist purposes. This project will result in two books, a case study of The Discovery of Environmental Justice and a broader analysis of Antiracism and Science in the United States.

Lisa H. Sideris is a Professor of Religious Studies at Indiana University and Associate Director of the IU Center for Religion and the Human. Her expertise lies at the intersection of science, religion, and the natural world. Her early work focused on areas of conflict and compatibility between Darwinian nature and perspectives from contemporary religious environmentalism and ecological theology. Her first book, Environmental Ethics, Ecological Theology, and Natural Selection focuses on these complex intersections. She has also written extensively on environmental pioneer Rachel Carson. She is co-editor of a volume of essays on Carson’s life and work, and ongoing legacy, titled Rachel Carson: Legacy and Challenge. Recently, Sideris’s work has turned to wonder at the intersection of science, religion, and nature. She is especially interested in scientific expressions of wonder that manifest as arrogant awe at humans and human knowledge, at the expense of wonder at the natural world itself. Her most recent book, Consecrating Science: Wonder, Knowledge, and the Natural World, explores these troubling forms of wonder, as they have emerged in science-based spiritual movements that attempt to place humans within the broader scientific narrative of the cosmos.

Noah Efron is a professor at Bar-Ilan University (Israel) and founding chair of the interdisciplinary program on Science, Technology and Society. Efron has served as the president of the Israeli Society for History & Philosophy of Science and been on the executive committee of the International Society for Science and Religion. He is also a standing member of Israel's National Committee for Transgenic Plants and has participated in Knesset deliberations about human cloning legislation.

Efron is author of A Chosen Calling: Jews in Science in the Twentieth Century (Johns Hopkins University Press, 2015), as well as two other books, and has written many essays and articles on the complicated intersection of knowledge, religion, and politics. He considers himself to be an avid student in the ways that changes in technologies, societal institutions, and socio-political ideologies influence one another. Lately, he has become obsessed with the decline of faith in “facts” and scientific experts that some circles are reporting (and worries late at night that his chosen field may have contributed to this frightful development). Efron has been a member of the Institute for Advanced Study in Princeton, a fellow of the Dibner Institute for History of Science and Technology at MIT, a fellow at Harvard University, and a visiting professor at Columbia University and the University of Pennsylvania.

Jason Ānanda Josephson Storm is Chair and Professor of Religion and Chair of Science & Technology Studies at Williams College. He received his master of theological studies from Harvard University and his Ph.D. in Religious Studies from Stanford University. He has held visiting positions at Princeton University, École Française d’Extrême-Orient in France and Ruhr-Universität and Universität Leipzig in Germany. He has three primary research foci: Japanese religions, European intellectual history, and theory more broadly. His award-winning book, The Invention of Religion in Japan (University of Chicago Press, 2012) traces the importation of the Euro-American concepts of “religion,” “science,” and “secularism” into Japan and traced the sweeping changes—intellectual, legal, and cultural—that followed. His second book, The Myth of Disenchantment: Magic, Modernity, and the Birth of the Human Sciences (University of Chicago Press, 2017) attends to European historical and cultural context of the formation of the Human Sciences and the construction of “religion” as an object of humanistic inquiry.  Metamodernism:  The Future of Theory (University of Chicago Press, forthcoming), his third book in the trilogy, articulates new research methods for the humanities and social sciences by simultaneously radicalizing and moving past the postmodern turn. 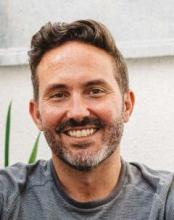 Whitney Bauman is Associate Professor of Religious Studies at Florida International University in Miami, FL.  He is also co-founder and co-director of Counterpoint: Navigating Knowledge, a non-profit based in Berlin, Germany that holds public discussions over social and ecological issues related to globalization and climate change.  His areas of research interest fall under the theme of “religion, science, and globalization.” He is the recipient of a Fulbright Fellowship and a Humboldt Fellowship. His publications include: Religion and Ecology: Developing a Planetary Ethic (Columbia University Press 2019), and co-authored with Kevin O’Brien, Environmental Ethics and Uncertainty: Tackling Wicked Problems (Routledge 2019).  He is currently working on a manuscript about the 19th Century, German, Romantic Scientist Ernst Haeckel.