Whatever happened to the Taliban?

Whatever happened to the Taliban? They, along with the Islamic State group and al-Qaida, seem to have slipped from the headlines.

There have been no strikes, no dirty bombs, and no taking responsibility for acts of terror in a while. Should we assume they have been beaten into submission or given up? Quite the contrary, says one Arizona State University expert.

“The Taliban are stronger than at any point in the last 17 years,” said Anand Gopal, a professor with ASU’s Center on the Future of War and an assistant professor with ASU’s Center for the Study of Religion and Conflict. Gopal recently wrote a best-selling book on Afghanistan called “No Good Men Among the Living,” which was nominated for a Pulitzer Prize and a National Book Award.

Gopal believes terrorists groups are getting a pass because the media’s focus has shifted elsewhere, mostly onto the commander in chief. ASU Now reached to Gopal to get his opinion on this new turn of events, and get his responses in a "lightning round" format. 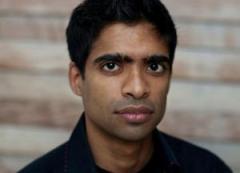 Question: The Taliban, the Islamic State group and al-Qaida seem to be under the radar in regards to news coverage. Is it because they have been defeated or beaten back or are they simply regrouping?

Answer: The Taliban are stronger than at any point in the last 17 years. They have momentarily captured major Afghan cities, and the United States is finally being forced to enter into negotiations with them. If it seems that they are no longer in the media, it is because our media is largely focused with Donald Trump, and the space for foreign news has shrunk considerably in recent years.

Q: Should we as a nation be concerned about that shift?

A: We should be concerned because Americans have a right to know what our government is doing in our name overseas.

Q: What’s the best way to deal with the Taliban on a military and diplomatic level?

A: The United States should enter into peace negotiations with them and end the war.

Q: What is their end goal toward the United States, other free nations and democracy?

A: They want to be left alone and their interests concern matters internal to Afghanistan.

Q: What can we expect from them in the future?

A: Continued fighting unless peace talks are successful.

Top photo: A U.S. soldier holding his post in an abandoned village in the Middle East. Courtesy of Pixabay.