In a time when issues of religion, ethics and science are often challenged inside and outside the academic world, a new conference put on by five academic units at Arizona State University is aiming to facilitate meaningful dialogue and address these topics in a respectful, productive way.

The first-ever Conversations on Religion, Ethics, and Science conference will be held virtually on Feb. 11–12 and is open to international participation.

“We are living in a unique moment in which the future of humanity is challenged by new technological advances and ecological transformations,” said Hava Tirosh-Samuelson, Regents Professor of history, director of Jewish studies and a member of the conference organizing committee. “These profound changes compel us to address big questions. What does it mean to be human? What is the task of humanity? What are humans responsible for? This conference is most relevant today because it insists that we need both science and religion to help us navigate the ethical challenges of our day.”

The topics discussed will range from humane technology and the origin of the universe to spirituality, sustainability and theology.

“We have tried to tackle some of the really big questions of science and society, questions that thinking people wrestle with all the time,” said Paul Davies, Regents Professor with the Beyond Center and the Department of Physics and a member of the conference organizing committee. “In the subject of my own session, dealing with cosmology, there have been dramatic discoveries in recent years that are transforming our understanding of cosmic origins, and the origin of life — both hot topics in science that have sweeping implications for religion.”

The free conference was made possible by a grant from the John Templeton Foundation that was awarded to Barry Ritchie, professor in the Department of Physics, and Ben Sanders of the Arizona Center for Christian Studies.

Several members of the conference’s organizing committee shared their thoughts on the importance of these discussions, what they’re most looking forward to at the event and more.

Question: Why is it important we have these kinds of conversations right now? Paul Davies: Over the past 20 years there has been a tendency for the media to stress the disputes, often in strident terms, between religion and science. Scholarly theology has always been open to questioning, reexamining concepts and agreements to differ. It is good for the wider public to know that most religious scholars have come to accept the key ideas of modern science, such as the Big Bang origin of the universe and the evolution of life over billions of years. Conversely, it is good for the public to know that many scientists, even those not conventionally religious, find conversations with theologians both rewarding and enjoyable.

Hava Tirosh-Samuelson: Our society is deeply divided politically and culturally. In this divided context, science is pitted against religion and the perception that they are necessarily in conflict with each other has become more prevalent than before. This perception fuels some of the debates about biotechnology but it also fuels the current feuds about the right response to the COVID-19 pandemic. To navigate and resolve these challenging debates, we need to listen to both science and religion. We need to ask different kinds of questions that are informed by history, philosophy and theology as well as by scientific knowledge. This conference seeks to engage in conversations rather than in polemics. The conversations are meant to provide information, pose novel questions and inspire all of us to become more conversant with the academic field of science and religion.

Q: What discussions or presentations are you most looking forward to and why?

Davies: My own session: “What Does God Actually Do?” Two of the other panelists, cosmologist George Ellis and theologian Keith Ward, are old friends and very open to knockabout discussions. I don’t know Sarah Coakley, and I am eager to learn her thinking about God’s action in the world. So often people use the word "God" in vague ways. I want to know whether God is an abstract timeless sustainer of existence or a being who intervenes in the actual running of the universe. As a scientist, I don’t like the latter idea. But what does a modern theologian think? Can God really make a difference on a day-to-day basis? Can a being outside of time act within time? It seems like a contradiction, but maybe that’s naive.

Barry Ritchie: As an organizer, I am excited and interested in every conversation we’ve put together. Each includes scholars and experts with different perspectives, beliefs and ideas and all those speakers will marvelously model what respectful discussions can be even with passionately held differences. 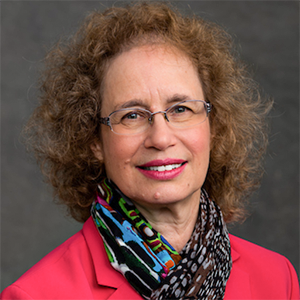 Tirosh-Samuelson: I am looking forward to the two sessions I am participating in — "Science, Wisdom and Common Good" and "Theology, Technology and the Post-Secular World.” Since I write about theology, I am also looking forward to "What Does God Actually Do?” These three sessions will feature theologians, philosophers and scientists who are at the forefront of the discourse on science and religion as well as ASU faculty who are engaged in the field. One of the goals of the conference is to showcase the richness and diversity of science and religion work at ASU, and it will certainly feature the richness of universitywide offerings in the past as well as its contribution for the future of this academic field that impacts the public sphere.

Q: What makes this conference special?

Tirosh-Samuelson: The conference is uniquely interdisciplinary, involving scholars from the natural sciences, the social sciences, the humanities, law, engineering and the arts. ASU has promoted interdisciplinarity as the right approach to tackling the challenges of our time. The various sessions illustrate that commitment to interdisciplinarity. The conference features people of diverse intellectual training, cultural habits and religious convictions. Despite their differences, the leadership team of the conference has been able to interact with mutual respect, and we hope that the conference's session will exemplify the same commitment to mutual respect. Therefore, the conference offers a model for collaboration and cooperation among academic units, religious communities and intellectual traditions.

Q: What do you hope folks who attend the conference take away from the experience?

Davies: First, that religion is not a “done deal.” It can be evolving, accommodating and open. No religion that turns away from scientific facts can expect a long shelf life. Second, I feel that Islam is often sidelined in debates between science and religion in the U.S. I am delighted that we have organized a session for Muslim students and scholars. 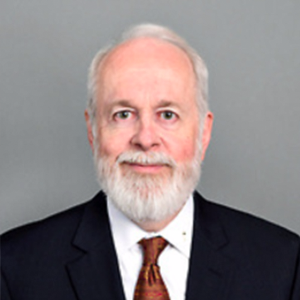 Ritchie: My sincere hope is that folks will be emboldened to reject the current cultural expectation and predilection that we must mock, hate and destroy those with whom we do not agree. Though perhaps individuals might change their minds about one or more of the topics to be discussed, my goal is much more modest — let us above all seek to listen humbly to these diverse opinions to see that people of goodwill may disagree deeply about important questions yet still be able to respectfully dialogue about those differences.

Tirosh-Samuelson: I would hope that people who attend the conference will take away from it the following lessons: There is no necessary conflict between religion and science, we need both religion and science to address the technological and ecological challenges of our time, and both science and religion have ethical dimensions and ramifications. In addition to these three substantive points, I hope that attendees of the conference will learn how people who hold different views can engage in a respectful and informed conversation. We will be able to overcome our divided public sphere if we learn to listen to each other patiently, if we seek to probe difficult questions rather than generate superficial slogans, and if we are committed to knowledge and wisdom rather than fame and notoriety.

Learn more about the Conversations on Religion, Ethics, and Science conference or register.

Answers have been edited for clarity and length.