Learn to discuss the hard topics

A new course at Arizona State University aims to empower students to become wiser and more effective interpreters of news about the intersection of religion and politics, as well as other hot-button issues, both as audiences and as content creators.

Tracy Fessenden, director of strategic initiatives at the Center for the Study of Religion and Conflict and the Steve and Margaret Forster Professor of Religious Studies, will help lead the new course, called "Exploring Religion, Politics and the Media."

Students can enroll in the hybrid course this upcoming fall semester. It is cross-listed in religious studies, political science and mass communication to examine how journalists approach the coverage of complex issues of religion and politics. The class is an extension of a project which began last year as part of a grant funded by American Council of Learned Societies and the Henry Luce Foundation.

“It brings together three complex and controversial topics and works to unpack them through readings, writings and discussions,” said Southwest Borderlands Initiative Professor of Practice Fernanda Santos, who will be co-teaching the course with Fessenden. “This will be a dynamic class, and a challenging class, as everyone will be encouraged to examine their assumptions and ideas about religion and politics, including how they are shaped by the media.”

This class will be undertaken by both the Center for the Study of Religion and Conflict and the Walter Cronkite School of Journalism and Mass Communication.

“Our collaborations start from the premise that healthy institutions of higher learning and a healthy press are both critical to the survival of democracy, and that scholars and journalists can help one another to do our jobs better,” Fessenden said. “In a very general way, journalists can help scholars to think more creatively about reaching audiences, and scholars can help journalists to get the most reliable content to those audiences.” 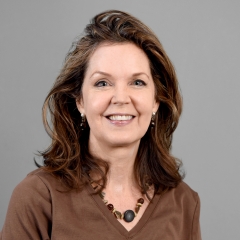 Tracy Fessenden, religious studies professor at the School of Historical, Philosophical and Religious Studies and director of strategic initiatives at the Center for the Study of Religion and Conflict.

Fessenden’s work focuses on the relationship between religion and the secular in American law and public life, among other areas of research. In her experience, many students don’t realize there is something called the academic study of religion until they get to college, but the study of religion is applied to history, anthropology, ethics, linguistics and data science, to name a few.

“Religion impinges on our lives whether we want it to or not, whether we profess a set of religious commitments or not,” Fessenden said. “The academic study of religion offers the skill set for making sense of the power of religion in global affairs, in politics and in the stories we tell about ourselves.”

Throughout the semester, students will be encouraged to consider how their own beliefs shape their ideas on these topics and will have their perspectives challenged. They can expect to leave the class with the ability to think critically about important topics, said Santos.

“There is also a very practical side to the course,” she said. “Students will learn to turn their analysis and interpretation of these contemporary hot-button issues into essays, opinion pieces and other types of articles through workshops that teach about pitching ideas, storytelling and writing.”

The course will allow specified research for students, as well as give them room to explore something new. Each professor will bring different connections and approaches to the course. For example, when Fessenden suggested to include the 2015 movie “Spotlight” in the curriculum, Santos mentioned how she knew the real team depicted in the movie and would be happy to have them Skype into the course. 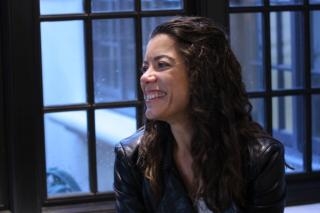 “I’m very much looking forward to hearing professor Fessenden’s thoughts on the various topics we’ll cover — religion and sexual abuse; religion, nationalism and violence; religion, borders and migration; and religion and the politics of sexuality and gender,” Santos said.

Both professors find it valuable to teach these topics, especially so students can understand the nature of them in today’s society and to present it accurately to an audience. They hope to give their students the tools and training they need to apply what they will learn to their future careers.

“Too often religion is a conversation-stopper, but invoking religion isn’t a shortcut; it usually doesn’t explain anything, and it shouldn’t ever shut down explanations,” Fessenden said. “We’d like to enable students to use their own views about religion as the bridge to fuller, more compete understandings.”

To sign up for this class, visit the ASU course catalog and search REL/POS/MCO 394.