The 2002 landmark reporting of The Boston Globe that uncovered pervasive child sexual abuse at the hands of Catholic priests opened the veritable floodgates to a torrent of parallel accounts.

From the young girls victimized at Baltimore’s Seton Keough High School in the 1960s and '70s to the recent findings in Pennsylvania and Germany that revealed thousands of victims over a period of 70 years, the stories are endemic of a malignancy left unchecked at the church’s core for centuries.

Arizona State University political science Professor Carolyn Warner’s recent research seeks to lay bare the underpinnings of the institution that could have allowed for a tragedy of such a scale to have occurred.

Supported by seed funding from the Center for the Study of Religion and Conflict, Warner is now putting her findings to print with a forthcoming book, titled “The Politics of Sex Abuse in Sacred Hierarchies: A Comparative Study of the Catholic Church and the U.S. Military,” and a paper, titled “Institutional Failure to Prosecute Sexual Assault? Assessing the Military's Handling of Sexual Assaults with Evidence from U.S. Bases in Japan,” co-authored by ASU journalism and global studies senior Mia Armstrong, also a Flinn Scholar.

Warner has given several talks at universities, national and international conferences, and she recently penned two opinion pieces on the topic. In them, she argues that a key factor in the church’s failure to hold priests accountable for sexual abuse is a code of canonical law lacking in adequate sanctions.

“The church's punishments are limited — the worst, which would be the worst for a priest in terms of his calling, is to be dismissed from the clerical state — 'defrocked',” she said. “The church doesn't jail them — it leaves that to civil authorities, if the authorities find out in time and want to prosecute."

Read on to learn more about why child sexual abuse became such a widespread problem in the Roman Catholic Church, and how that can be changed. 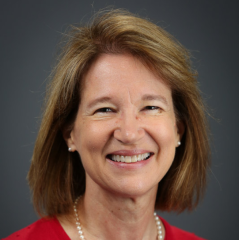 Question: Christian communities as far back as the third century saw a need to establish rules against religious officials sexually abusing children (though at the time they did not think of it as abuse). Why has this issue persisted in the church for thousands of years? Could the vow of celibacy contribute to it?

Answer: I focus more on what the church does, and why it does what it does, when it finds out about a case of sexual abuse. Research other people have done on this subject — and there’s debate about it — but it mostly shows that, yes, celibacy could be an issue. But the bigger problem is more that the church has been finding it hard to retain priests, so they have a strong incentive to hang onto them, even when there’s a problem — in relation to sexual abuse allegations. There are also internal rules and a particular theology about sin that restrict them from getting rid of priests. Child sex abuse in the church has been around for centuries; the vow of celibacy has only been around for about 800 years. So they don’t necessarily go directly together. It’s plausible, but I think the bigger problem is that the church has been struggling to retain priests.

Q: In your recent opinion pieces, you point out how canon law is more concerned about the priest sinning than the abuse being perpetrated. What is the reason for that?

A: It seems to be bound up in the theology of sin and forgiveness. In Christianity, there’s a very strong focus on forgiving the sinner and a very strong belief that upon confession of sin, forgiveness will lead to reform of behavior. In the New Testament, Jesus is quoted as saying, “Go and sin no more.” So their worry is about the sinner, not the one sinned against. This is compounded by the fact that, in Catholicism, priests have a different ontological status from regular Catholics. ... So the focus is more on how to reform and help this person rather than on the damage done to someone.

And this can be for any crime, not just sex abuse. It explains these kind of incredible statements and behavior from leaders in the church, like Bishop (Thomas) O’Brien of Phoenix, who signed an immunity from prosecution agreement in 2003. Aside from denying that he had obstructed justice, he just told everyone that they need to pray and forgive. And we’re seeing it with Pope Francis now. If you track his statements over time, he keeps saying, “Forgive.” Cardinal Bernard Law — along with seemingly obtuse statements about having to follow canon law — routinely told people who contacted him about priests who had sexually abused children that we need to forgive the priest and pray for him.

Q: The pope alone has the power to change canon law. What could he do to make it easier for priests to be held accountable for sexual abuse?

A: He could change canon law so that the first response to a priest sexually abusing a child is not what’s called pastoral, which is required by canon law, but instead is immediately punitive. He could restore back to bishops the power to laicize or defrock priests. That’s not likely to happen, though, because the church doesn’t want priests to just be fired; they think they could perhaps be reformed. He could extend the statute of limitations so that when bishops become aware of something it’s not too late to do something about it.

The pope could reduce the stress on secrecy about alleged cases. The idea behind it has been to protect the good name of the person who is accused. It’s a little bit like innocent until proven guilty. It makes sense, but it has unfortunate effects on these kinds of cases. They tie it back to the Ten Commandments and not besmirching your neighbor’s name, not besmirching the good reputation of someone. So back in 1923, the church put a blanket of secrecy on all investigations of child sex abuse. That has led to bishops not warning parishioners or other priests about possible threats. They’re even reluctant to say to a parish that they removed a priest because of child sex abuse; more often, they would just say he was removed because of health reasons or something like that. So people wouldn’t know what had really happened, and victims and families would think they were the only ones even though a priest may have affected many people.

Q: What else should the general public know about this subject?

A: There’s been a lot of focus on sexual abuse in the Catholic Church lately, and I think rightfully so. It obviously has a huge responsibility in this area. But I think people need to reflect a little bit on why and for how long we as a society have given the church the autonomy to handle things on its own; why we haven’t scrutinized it. Because there are other organized religions that have issues with child sex abuse — much smaller religions in terms of numbers of adherents — that pass under the radar and are not touched by authorities and haven’t gotten this kind of press coverage. So children who are abused in those situations are still stuck in the situation that Catholic kids were stuck in 30 to 40 years ago. They’re disbelieved or they’re punished (when they allege abuse). So I think we ought to think about being more careful. It’s a tricky balance in giving religious institutions autonomy. There can be some dangerous side effects to that, and one is what can happen to children.